When something starts eating your plants, use these tips to figure out which pesky critter is causing the problem and the best control methods to use.

Your garden is home to creatures that provide benefits and some that are not so helpful, just like any environment in nature. Most of the time, the beneficial ones, such as pollinators and predatory insects, keep the destructive pests in check. But sometimes the balance shifts and a plant can sustain enough damage that you’ll want to take action. Fortunately, most garden pests can be dealt with using non-toxic methods such as handpicking larger insects or blasting them off with a strong spray of water. How you deal with the problem depends on what insect is causing damage. Here’s how you can identify and control some of the most common garden pests.

What they look like: Tiny, pear-shape, and soft-bodied, aphids can be yellow, white, red, or black, and either be winged or wingless. A white cottony form of aphid prefers fruit trees.

Plant damage: Aphids are typically found clustering on the tender new growth of plants, where they suck sap, causing distorted leaves and flowers. Although it can be startling to find hundreds of them clustered on a plant stem, they rarely do enough damage to kill a plant. Unless they are affecting a large agricultural crop, they aren’t usually a cause for great concern.

Pest control method: A strong spray of water from a hose knocks them off plants or cut off the affected stem and crush it on the ground. A spray of insecticidal soap works, too, but the area of the plant where they have been feeding will still show some distortion as it grows. Ladybug larvae and lacewings (both beneficial insects) can help bring aphids under control. Keep in mind that any method used to control or destroy the aphids will affect the beneficial insects that feed on them as well. 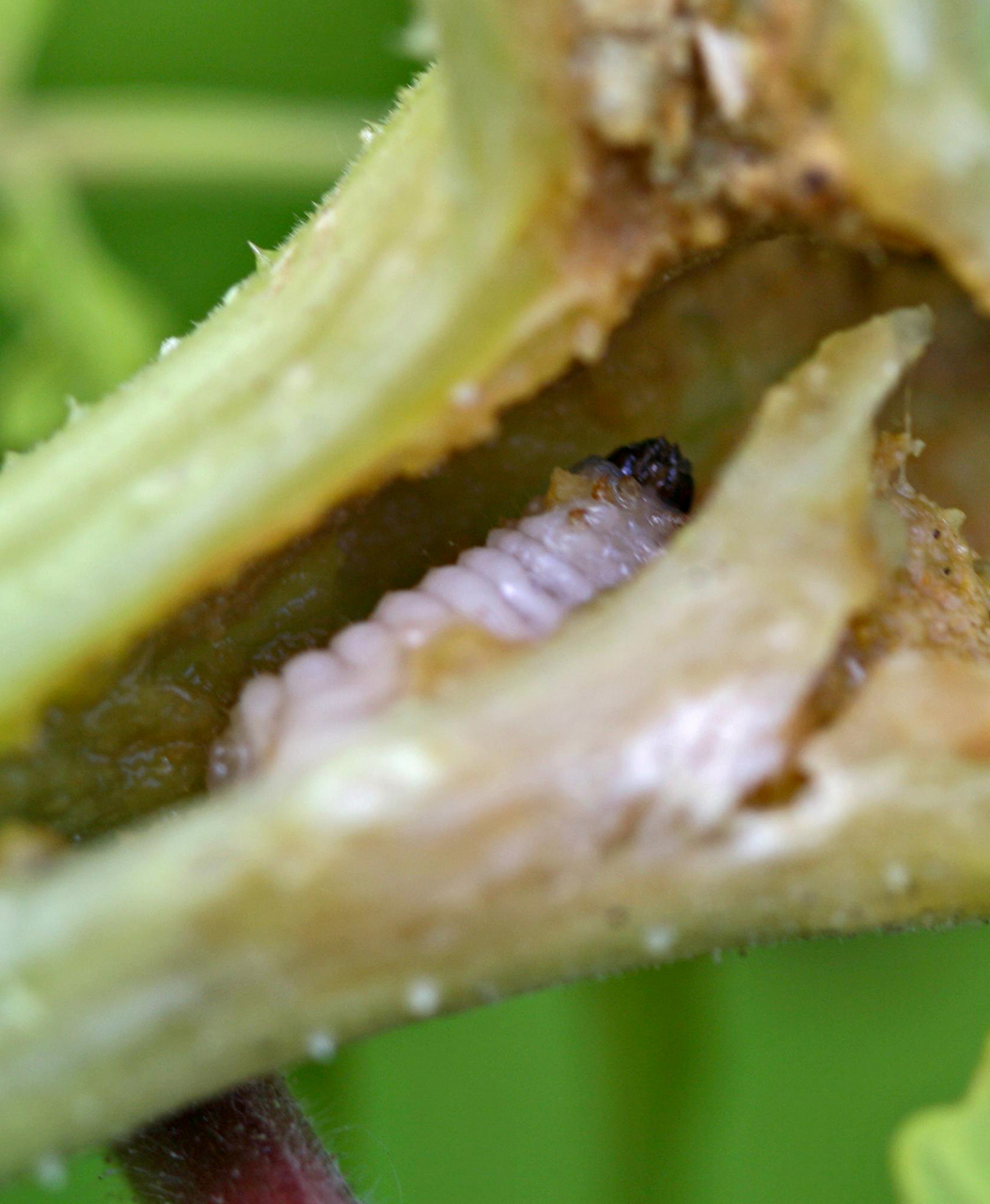 What they look like: Caterpillars (sometimes called worms) are the larval stage of moths and butterflies, which makes them trickier to deal with because many will turn into the pollinators that your garden and landscape needs. And who doesn’t love butterflies?

Pest control method: Unless they are devastating the plants they are feeding on larvae can be left alone; handpick them if necessary. Natural predators such as birds can help; refresh the water in your birdbath daily to draw winged visitors to the garden. Naturally occurring parasites such as some tiny wasps attack caterpillars; look for small white eggs on the backs of caterpillars as evidence they are present. Discourage moths from laying eggs by using floating row covers ($13, The Home Depot) over young plants, but make sure to remove row covers when vegetable plants begin to flower so they may be pollinated. Drenching with a biological insecticide Bt (Bacillus thuringiensis) is harmless to people, animals, and adult insects, but very successful for protecting crops such as broccoli and cabbage from caterpillars. 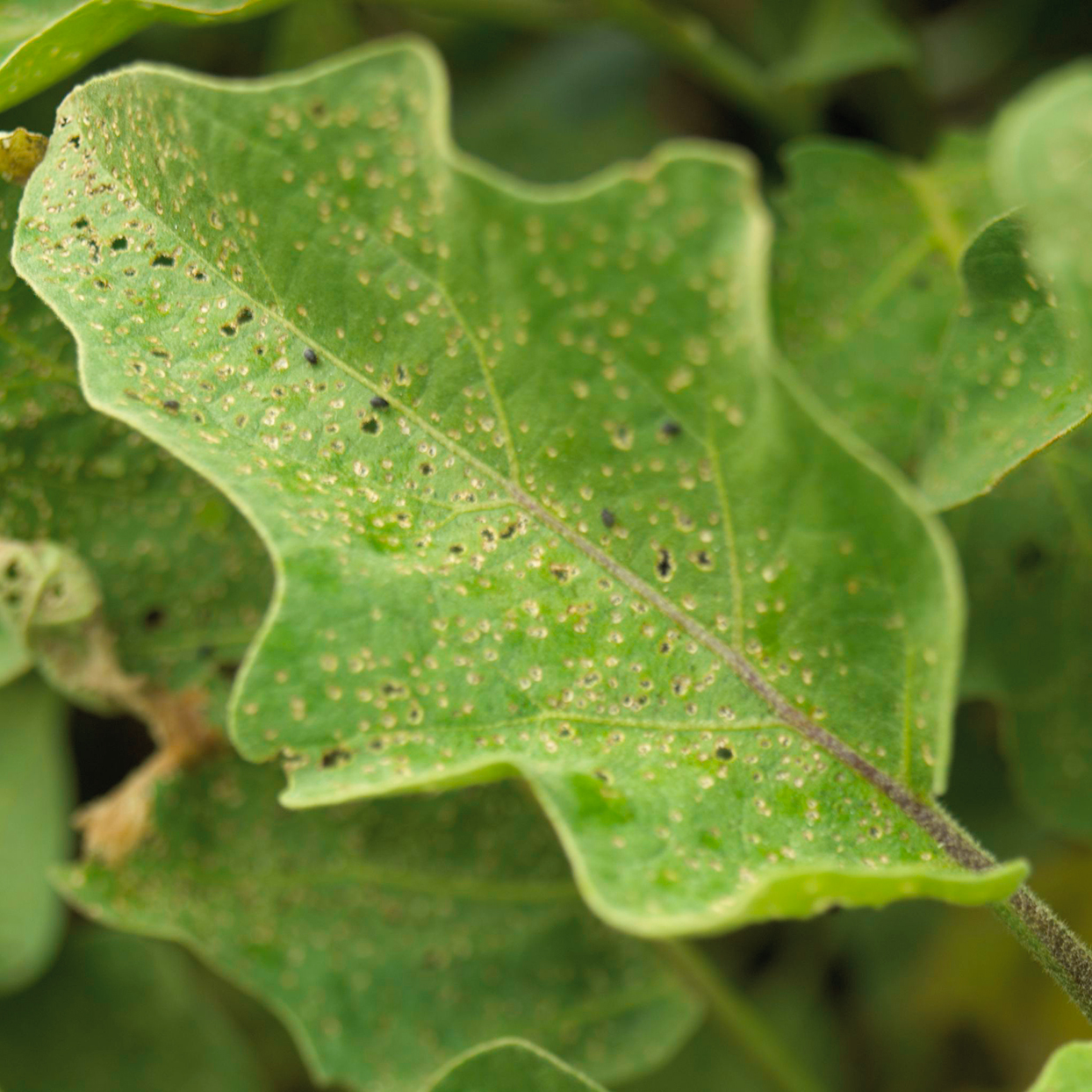 What they look like: Tiny black or gray beetles are less than 1/8-inch long and will hop away like a flea or cricket when disturbed.

Pest control method: Protect young seedlings with floating row cover until the plants begin to flower. Older plants growing rapidly in hot weather often suffer little from flea beetle feedings. Yellow sticky traps ($6, Walmart) will attract flea beetles. Unless the infestation is severe, healthy plants can survive some flea beetle damage. Their natural predators, particularly parasitic wasps, often keep the population down. To attract the tiny, stingless parasitic wasps, grow their favorite nectar plants such as sweet alyssum, dill, fennel, and catnip. If infestations of flea beetles become severe, spraying with neem oil ($10, The Home Depot) or a spray containing spinosad ($30, The Home Depot) can help control them. Other chemical pesticides are labeled for flea beetle control but read labels carefully to determine what plants or vegetable crops they can be safely used on. 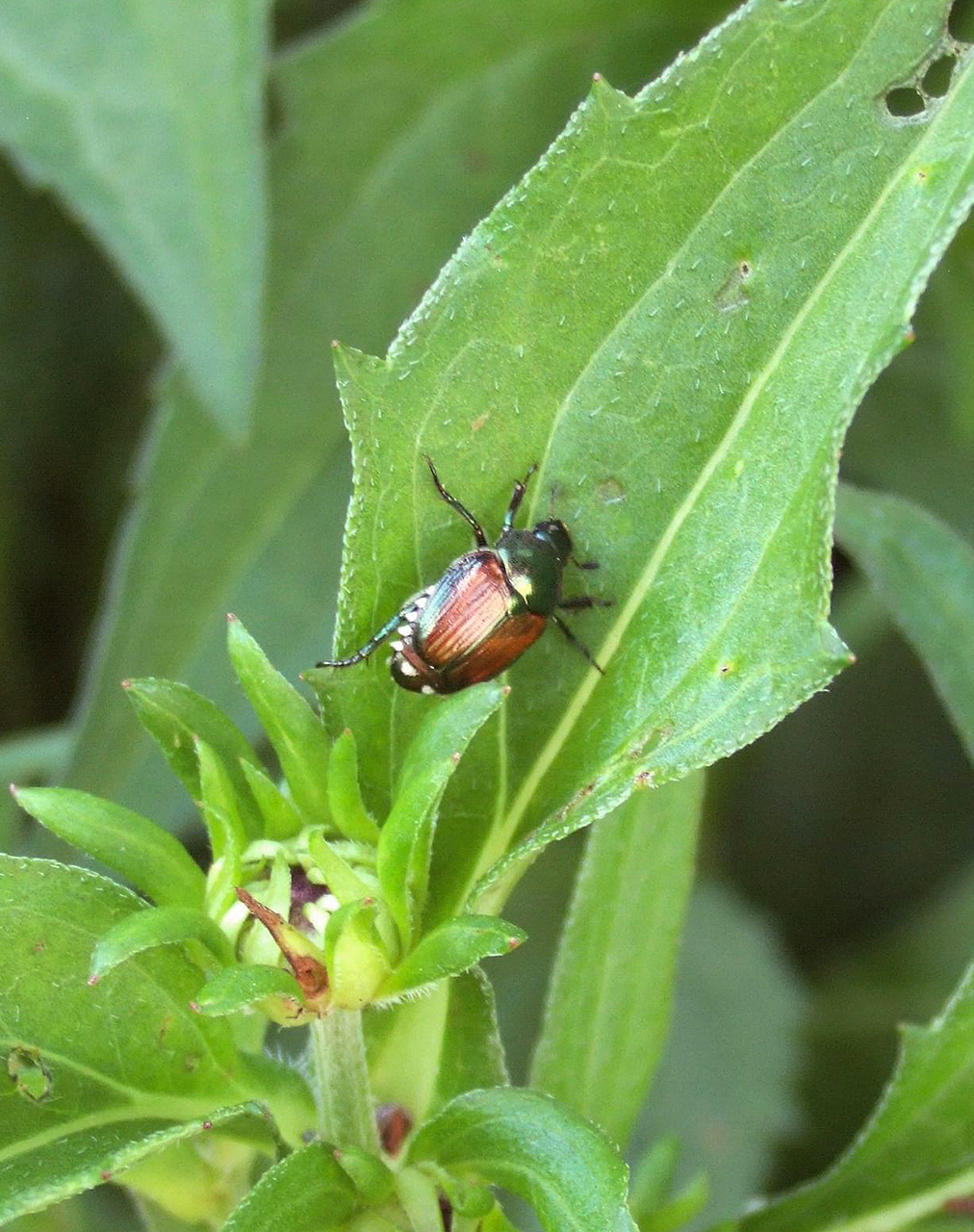 What they look like: Metallic blue or green, Japanese beetles are 1/2-inch long and have coppery wings.

Plant damage: Japanese beetles are voracious eaters: Adult beetles consume leaves and flowers, leaving behind only leaf veins. Common targets include roses and hibiscus, but hundreds of plants are favored by Japanese beetles. The larvae (grubs) of Japanese beetles can also be a problem in lawns; they overwinter in the soil, then eat grass roots in spring before they emerge as adult beetles. Heavy infestations in turf grasses weaken them and allow weeds to take over.

Pest control method: Handpick Japanese beetles daily as soon as they appear and dispose of them in a container of soapy water. Pesticide sprays can kill adult beetles but provide no ongoing protection from further infestations; the beetles can fly from considerable distances to find food. Botanical and chemical treatments for grubs in lawns must be timed carefully, and although they may be effective, controlling the grubs will not prevent adult beetles from feeding on your landscape plants. Beetle traps are ineffective because they tend to attract even more beetles to your yard. The best defense against these pests is to choose plants that they find less desirable. 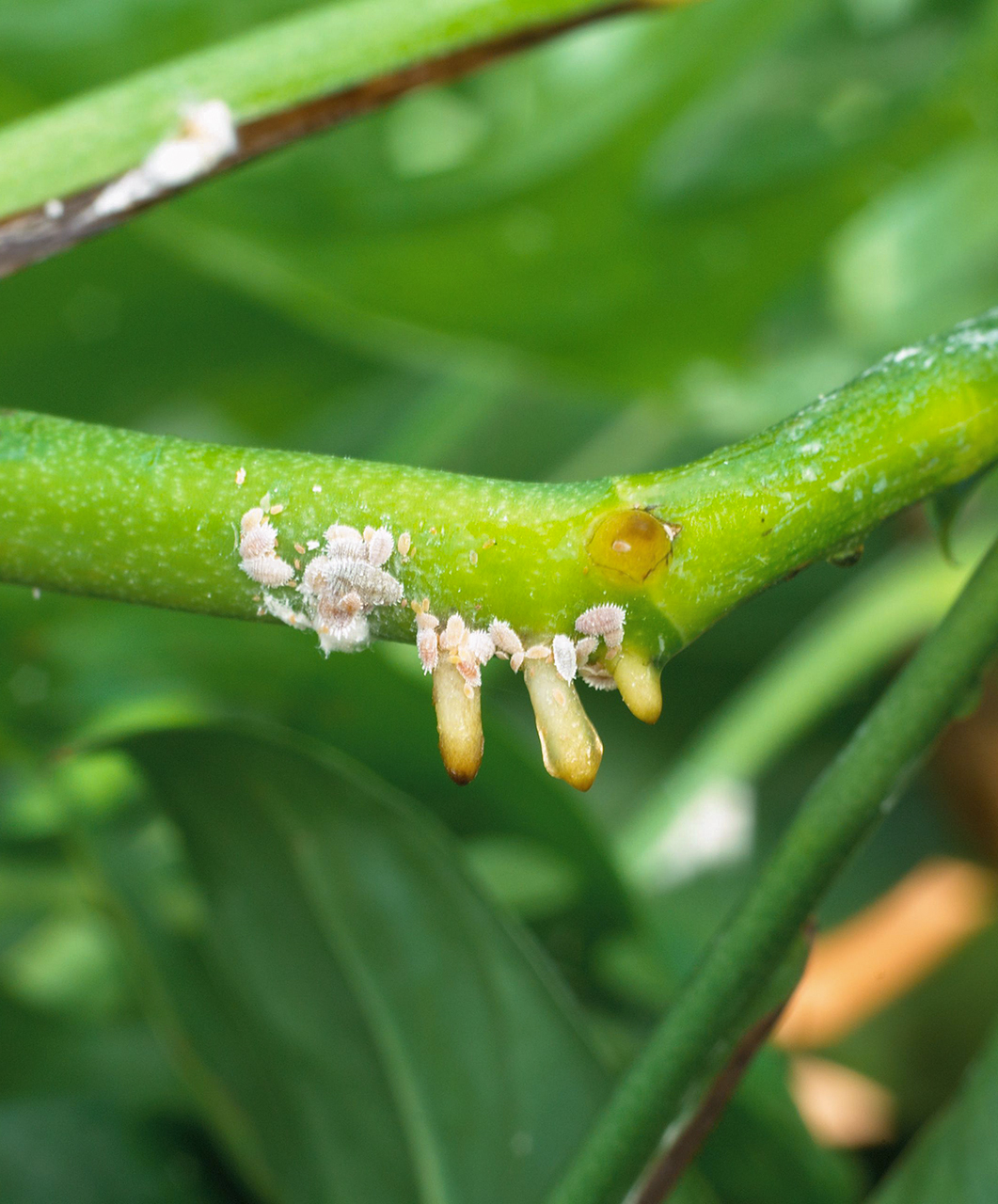 What they look like: Mealybugs are small, sap-sucking, cottony insects.

Plant damage: Mealybugs suck sap from plants causing distorted and limited growth and leaf loss. They secrete honeydew as they eat, which can attract ants and lead to the growth of sooty mold.

Pest control method: In the garden, grow small-flower nectar plants, such as sweet alyssum and yarrow; this will attract natural predators including ladybugs, mealybug destroyers, and green lacewing larvae. Remove mealybugs from plants with strong sprays of water or swabbing with alcohol-dipped cotton swabs. If the infestation is heavy spraying with insecticidal soap ($6, The Home Depot), summer oil, neem, or an insecticide with pyrethrins can also help control mealybugs, but follow label directions carefully to avoid damaging plants and beneficial insects. 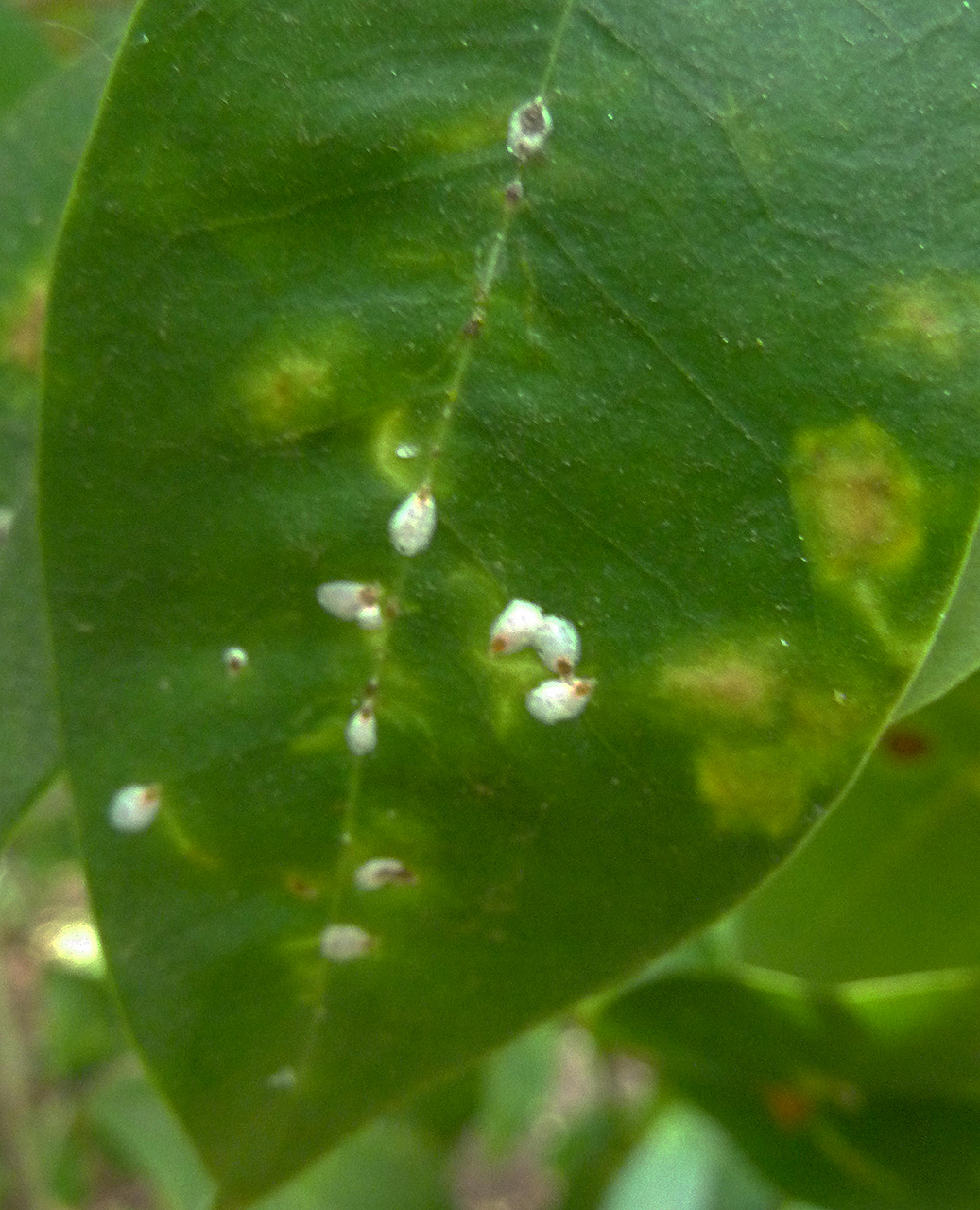 What they look like: Although there are several kinds of scale insects, all begin as crawlers, which are mobile until they find a good plant feeding location. Once settled, the 1/16-inch-long scale insects become immobile and develop hard, oval shells that are difficult to distinguish from bark. 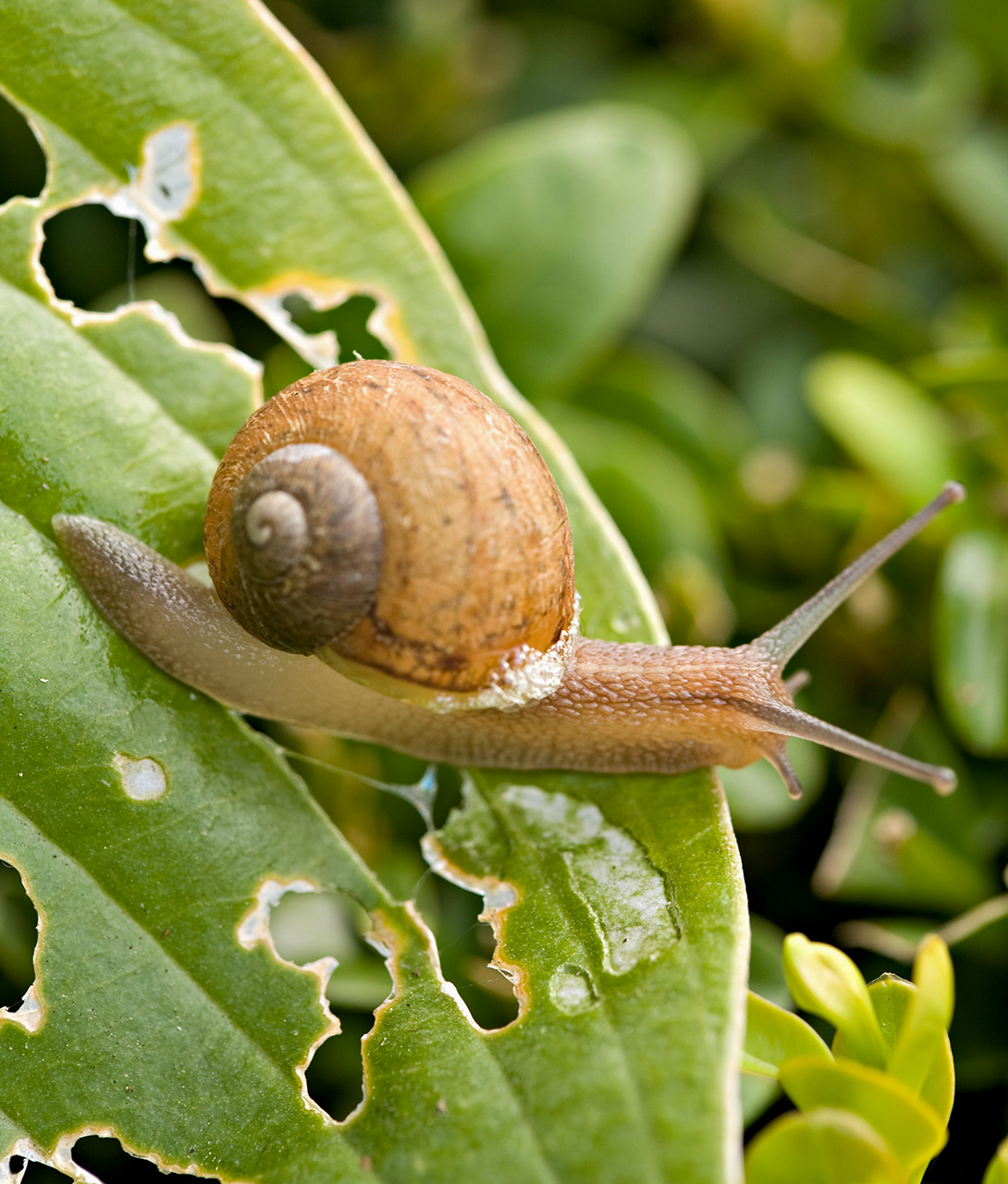 What they look like: Slimy and black or brown, slugs look similar to short worms but have tiny antennae. Snails look like slugs but have hard circular shells on their backs.

Plant damage: Both slugs and snails love moisture and rasp holes into leaves and flowers. They feed at night and cloudy days, leaving shiny slime trails.

Pest control method: Slugs and snails prefer moist, cool areas. You can find slugs and snails hiding under mulch, garden debris, or near rocks; at dusk, handpick and dispose of them. Set several traps of shallow saucers filled with beer at ground level; discard drowned slugs and snails and refill the traps frequently. Various commercial poisonous snail baits are available but be sure to check labels for products that can be harmful to children, pets, and wildlife, or to earthworms and other beneficial insects. Baits with iron phosphate, such as Sluggo Plus ($12, The Home Depot), are considered safe for organic food crops. One-inch high and wide barriers of diatomaceous earth around plants will deter both slugs and snails but only as long as it’s dry—it becomes ineffective when wet. Copper and salt barriers have limited effectiveness. 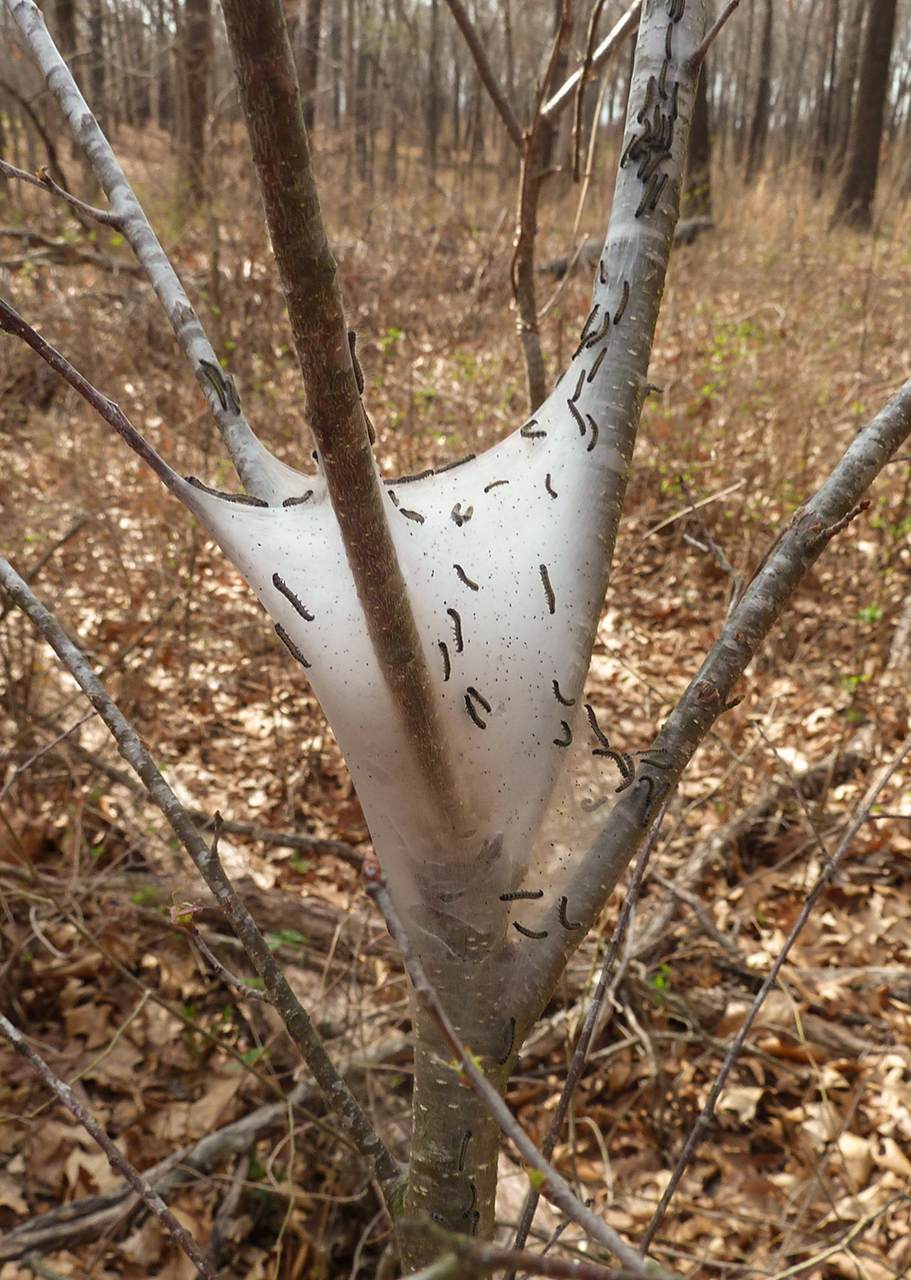 What they look like: Tent caterpillars are the larvae of several different species of moths. The adult moth lays eggs on tree branches and the colony of larvae shelter in large silken ‘tents’ or webs they create as they feed on leaves.

Pest control method: Tent-making caterpillars have many predators (birds, other insects) so they rarely cause enough damage to harm plants. Damage can be reduced by removing tents and caterpillars while they are still small. Cool mornings or late evenings when the caterpillars are in their tent is the best time to remove it with a pole or gloved hands (though the larvae are not harmful to humans.) Destroy the nest by burning or crushing after removal from the tree. Insecticidal control may be warranted after sustained, high levels of damage over several seasons.

Test Garden Tip: Garden pests are less of a problem for healthy plants planted in the right conditions. And, before you use any insecticide, consult label for list of plants, conditions, and safe and correct application methods. We always recommend starting with natural, organic methods before resorting to harsher synthetic chemicals.