Emma Coronel Aispuro, the wife of the notorious Mexican drug lord El Chapo, is set to plead guilty this week to charges of helping her husband run his multibillion-dollar empire and then, after one of his arrests, escape in dramatic fashion from a high-security Mexican prison, according to a person familiar with the case.

Coronel, 31, is expected to appear on Thursday morning in Federal District Court in Washington to enter her plea. She was taken into custody in February at Dulles International Airport, near Washington, after a nearly two-year investigation by U.S. law enforcement officials into her role as an accomplice to her husband, whose real name is Joaquín Guzmán Loera.

Guzmán, a onetime co-leader of the Sinaloa drug cartel, was convicted in 2019 at a federal trial in Brooklyn and is now serving life sentence in the so-called Supermax in Colorado, the most secure federal prison in the United States. Coronel, his third — or possibly fourth — wife, had remained free even after a jury found him guilty, traveling between the United States and Mexico until her own arrest.

When she taken into the custody by the F.B.I., there was intense speculation over whether Coronel, a dual U.S.-Mexican citizen, would seek to offer the government information on her husband’s allies, relatives and business partners in exchange for a lighter sentence. But her plea agreement with prosecutors in Washington does not require her to cooperate with the U.S. authorities, the person familiar with the case said.

It is unusual for law enforcement to go after the spouses of drug lords, but the case of Coronel, a former beauty queen whose family has a storied past in the drug trade, is atypical.

Prosecutors at her husband’s trial offered substantial evidence that she — like many of his mistresses — was deeply enmeshed in his criminal activity, often helping him send messages to her own father, Inés Coronel Barreras, who served as one of Guzmán’s top lieutenants before his arrest in Mexico in 2013. 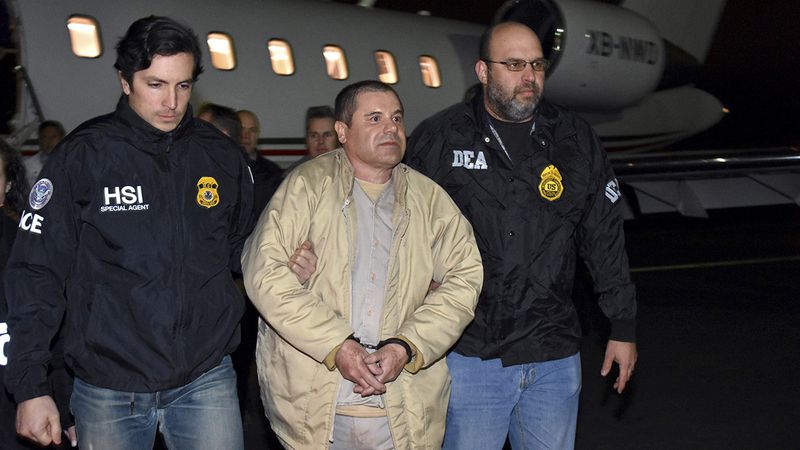 Other messages introduced at the trial showed that Coronel was intimately involved in helping Guzmán evade capture by American and Mexican authorities after a botched raid in 2012 in the Mexican resort town of Cabo San Lucas. In some of the messages, Guzmán wrote to her describing how he had fled from his oceanfront villa just in time as the raiding party broke through the door of a nearby home.

Coronel was also instrumental in helping him break out of the high-security Altiplano prison near Toluca, Mexico, in 2015 after a coalition of U.S. and Mexican law enforcement and military personnel tracked him down the year before in a beach hotel in Mazatlán. Prosecutors say that Coronel, using her visitation privileges, acted as an emissary between her husband and a team of conspirators, including her own brother, who plotted the escape by building a nearly mile-long tunnel into the shower of his cell. 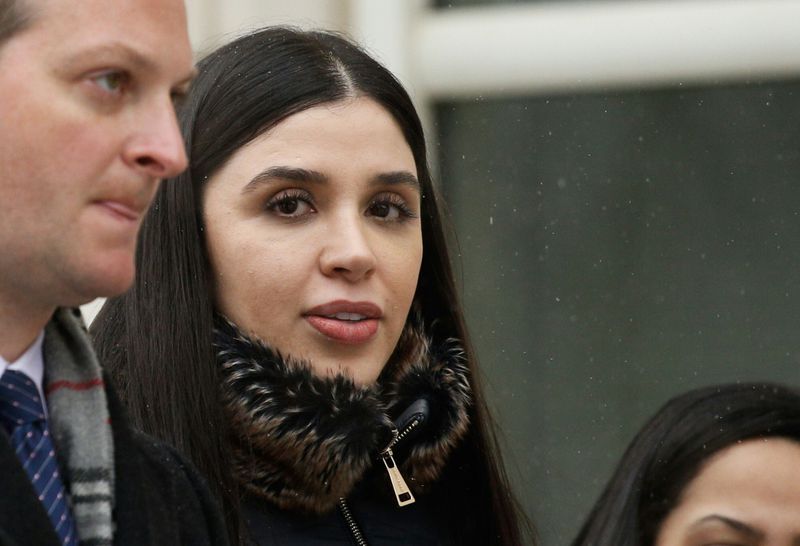 In 2016, after Guzmán was recaptured and returned to Altiplano, Coronel sought to help him escape again, hatching a plot to bribe Mexico’s top prison official, according to testimony at the trial. Before the plan could be carried out, however, Guzmán was extradited to the United States.

On the initial conspiracy count she was charged with, Coronel faced 10 years to life in prison. But under her agreement with the government, the person familiar with her case said, she will be designated as a “minimal participant” in the conspiracy and is likely be sentenced to far less time.