Used Car Prices Rising Fast, with Some Models Up 30 Percent or More

CarGurus notes that 11 brands are up nearly a third in price, among them Chevrolet, Dodge, Ford, GMC, Hyundai, and VW, and breaks down price increases by model.

Depending on how you calculate used-car prices, values have gone up 30 percent from a year ago, or 17 percent just since January, according to figures collected by the website CarGurus.

Eleven brands are up more than 30 percent year over year, including Ram, Aston Martin, and Ford.

Electric vehicles have also seen rapid increases so far in 2021, and that’s before the Tesla Model 3 really hits the used market, according to used EV sales tracker Recurrent.

If you pay any attention to used-car discussions on social media these days, it will be no surprise to you that prices have been climbing precipitously. According to numbers collected by CarGurus, the price for the average used car is up almost 30 percent today compared to where it was last year. That’s even higher than the number calculated by iSeeCars in April, which showed that used-car prices increased 16.8 percent that month compared to April 2020. CBS reported a 17 percent increase in used car prices since January.

When you combine the federal government’s stimulus checks with the end of the pandemic coming into view and a distinct lack of new cars on the marketplace, these numbers sure start to make sense. But not every brand’s used-car prices are climbing at the same rate, and it’s notable that no one is doing better than a brand that hasn’t sold a new car since 2010. If you just look at the past 90 days, Saturn has seen its price values climb up 25.95 percent, as The Drive also noted. That puts the defunct GM brand at the top of that particular chart, followed by the other big climbers, which are Smart (up 22.2 percent in the past three months), Ford (20.6), Hyundai (20.5) and Kia (20.1). The rise in Saturn and Smart prices can partly be explained by their low starting points, but it’s nonetheless worth noting as just one more weird impact of the times we’re living in. 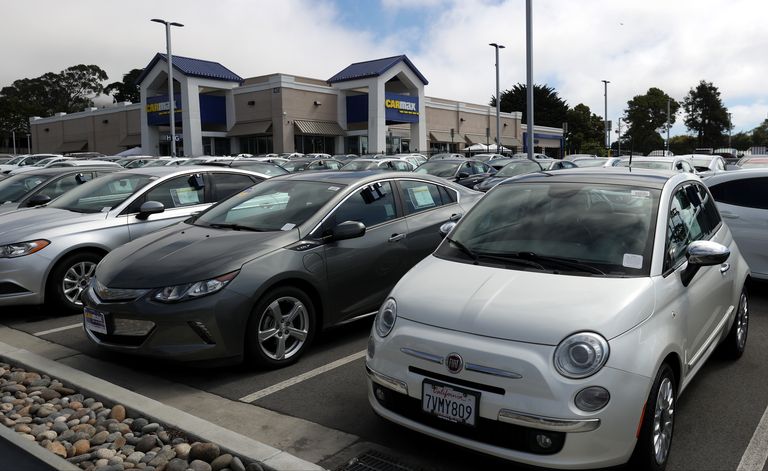 Used-EV Sales Have Their Own Rhythm

The brand with the lowest year-over-year price increase is Tesla, at just under 6 percent. But that doesn’t mean used-EV sales aren’t doing well. Recurrent, which tracks EV prices, found that they have been rising and rising over the past 90 days. Month-over-month increases were 1.1 percent in March, 2.6 percent in April, and 5.1 percent in May.

“Used-EV prices are increasing at an accelerating rate over the past 90 days,” Recurrent CEO Scott Case told Car and Driver. “We believe that this represents a shift in consumer preferences on top of inflation, driven by greater comfort with EV technology.”
Case also made a prediction about where used EV prices go from here, which is that Tesla is about to make a big move.

“This is the last time the Model 3 won’t be in the top used seller position for years to come,” he said. “The Model 3 is about to turn three and start coming off lease in droves.”